Curse Of The Skinless Bride 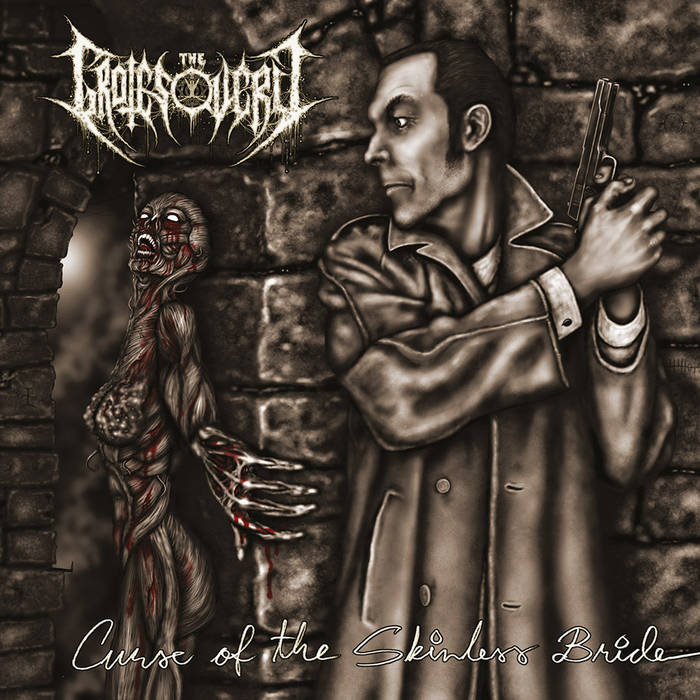 “I feel this third album is the best we have to offer, and I feel the fans will think so as well, and I have absolute confidence in the music we created together that it shall make this a very 'classic' release indeed.” (Kam Lee)

CURSE OF THE SKINLESS BRIDE is the third full length story/concept album from the occult death metal band THE GROTESQUERY.
Conceptually and lyrically this album finalizes the "Coffin Born Trilogy" - and serves as a sequel to the first album: TALES OF THE COFFIN BORN (2010), as well chronologically takes place before the events of the second album: THE FACTS AND TERRIFYING TESTAMENT OF MASON HAMILTON: TSATHOGGUA TALES (2012)- thus serving as a side story prequel to the that albums lyrical story concept.
Still taking influences heavily from the writings of H.P. Lovecraft and the style and moody dark haunting settings of E.A. Poe, this is a return to that dark haunted house upon the hill: the Ward estate, and the gloomy cemetery and tunnels beneath the cursed grounds first introduced in the debut album.
It takes place about 10 years after the events of the first album's story ends, and about 15 to 16 years before the beginning of the story arc of the second album's plot line.
You'll find out what happens to the character Matthew Ward - who was introduced on the first album , and get a bit more insight to the character Mason Hamilton who was the main protagonist on the second album, and learn of his true origin.
Also introduced is a new character, a private detective by the name of Alexander Salem, and the main plot unfolds from his perspective, as well as from Matthew Wards point of view.
Really exploring the type of macabre mystery and classic gothic horror story telling of classic PULP FICTION novels of the early 20th century.
Musically the band still retains the essential roots and seeds of it's old school death metal origins, and yet on this album the band slightly side steps the delve into a more atmospheric gothic/doom and avantgarde realms. Although the music ever so slightly bends in places - it is not such a drastic change in direction to overwhelm the listener , but rather a slow integration of style to be absorbed into the bloodstream like poisoning.