From The Mortuary EP 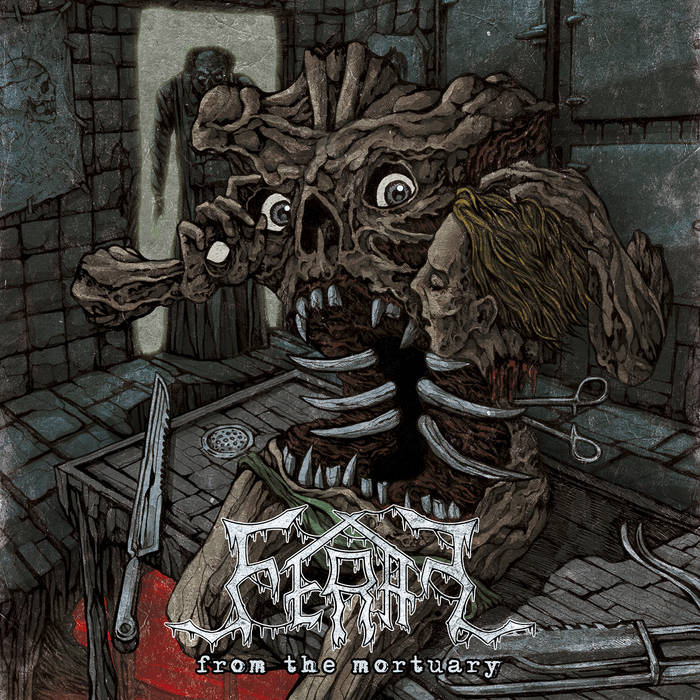 Formed in the small Northern Swedish town of Norsjö in late 2003 by vocalist David Nilsson and bassist Viktor Eriksson. FERAL later relocated to the nearby town of Skellefteå and formed a full line-up along with guitarist Petter Nilsson and drummer Rickard Lundmark (ZONARIA) before eventually rounding out their roster with the addition of guitarist Markus Lindahl. With the lineup complete, the band soon began writing and performing around their native Sweden.
Soon thereafter, FERAL began recording demos and playing some very high-profile gigs, including a month long European tour with death metal legends MASTER in February of 2009 and a mini-tour with SIX FEET UNDER in September of the same year. In between these tours, FERAL returned to the studio to record the highly acclaimed "Welcome To The Graveyard" demo, which caught the attention of Ibex Moon Records' owner, John McEntee, who signed the band to his label late that year.
With this lineup, a firm and strong sound, and all the determination in the world, the group recording their debut full-length, Dragged To The Altar, in 2010 . Which was released April 26th, 2011 via Ibex Moon Records.
The release of the debut album was followed by a European tour along with the Swedish death metal band, DEMONICAL and supported by GLORIA MORTI and ARROGANZ.
After "The Deathkult EP", a split EP with German label mates REVEL IN FLESH the line-up had to go through some changes when Rickard Lundmark and Petter Nilsson left the band and ex-ARMAGEDDA drummer Roger Markström joined and Markus continued as the sole guitarist. The second album "Where Dead Dreams Dwell" was created with that new line-up and released in in May 2015 through Cyclone Empire.
Now, there´s the new EP “From The Mortuary” coming! Recorded at studio Spiff and Pagan Hell Studios in Skellefteå and mixed/mastered by ex-guitarist Petter Nilsson at Sonner Produktion, the MCD is featuring 4 brand new tracks as well as a re-recorded and re-arranged version of "Necrofilthiac" and a cover of PENTAGRAMs "Relentless".