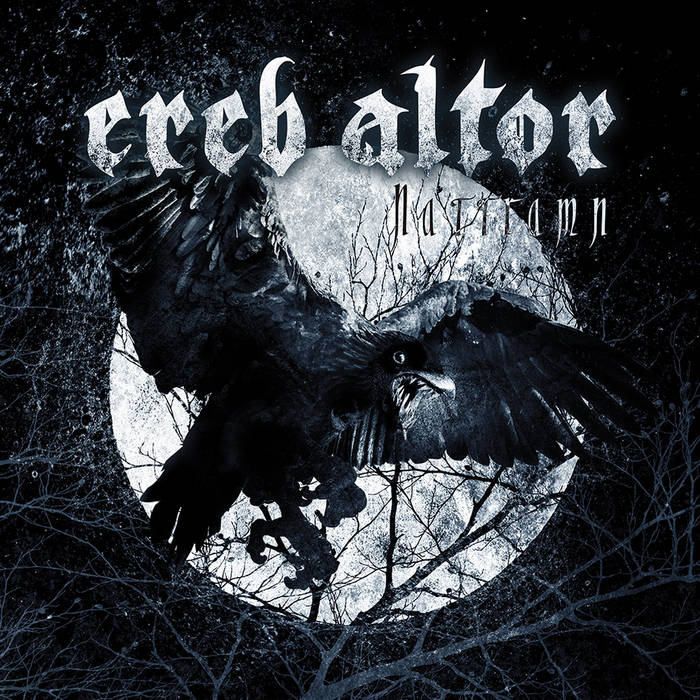 "This album contains melodies that everybody will croon and heavy parts that will make the gods tremble! Another strong release from EREB ALTOR that you have to check out!"
-Dennis Ekdahl THYRFING

The founders Mats and Ragnar grew up with BATHORY's epic era in their hearts, so it comes as no surprise that their music would somewhat flaunt the influence of their house god Quorthon. So with BATHORY's anthems as their spiritual foundation, they set out to find their creative and unique niche within the epic Viking metal genre. It all begun 2003 when Mats and Ragnar heeded the call of the one-eyed elder to begin their epic journey and since then they have released five full length albums through I Hate Records, Napalm Records and CYCLONE EMPIRE. Each and every release has carried the legacy of pure Scandinavian Epic Metal from the heart. During these years EREB ALTOR have developed their own unique sound within the Viking Metal genre and the ever increasing fan base is thriving. In April 2015 the latest album “Nattramn” will be unleashed. An album that continues on the path set out by the predecessor ”Fire Meets Ice” with the more epic side, with huge atmospheres built by echoing choirs from the snow covered mountains which at times are shred apart by fierce and aggressive parts with screams from the darkest forests of Scandinavia creating a dynamic and varied piece of art. “Nattramn” is telling stories and legends from the Norse mythology and dark legends in Sweden. It´s all about the inheritance of Scandinavia. “Nattramn” is also available as limited vinyl of 300 copies in blue and 200 copies in black vinyl and comes in a lovely gatefold sleeve.
During the first years EREB ALTOR only made live appearances at festivals around Europe, but since drummer Tord joined the band in 2012 and Bassist Mikael in 2013 EREB ALTOR has become a touring band with bands like BORKNAGAR and MÅNEGARM. In 2014 EREB ALTOR also made it to the bigger festivals like Summer Breeze or Party.San.

The atmosphere of “Nattramn” will let you enter the vast wilderness of Scandinavia. The new masterpiece is a true and authentic album that will take the metal scene by storm.
With seven dark hymns EREB ALTOR will set out to conquer the World and leave all shores in flames!