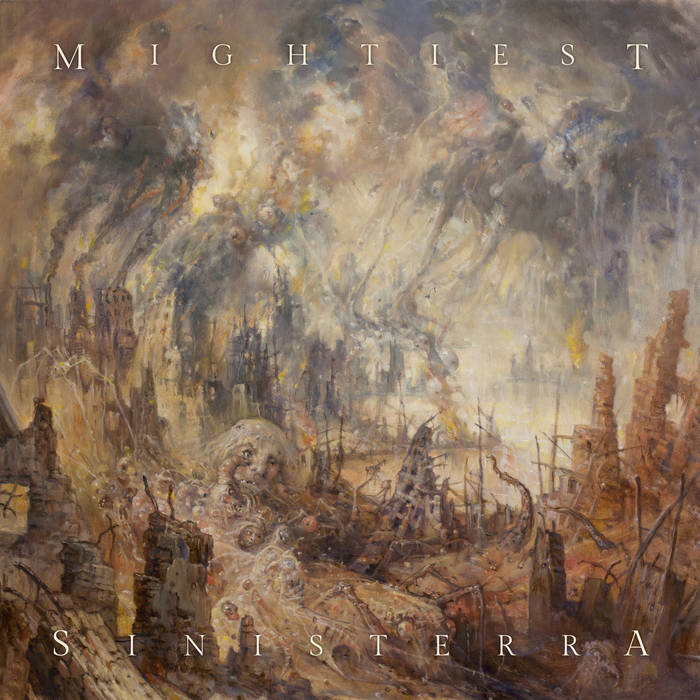 - for fans of: RUINS OF BEVERAST, SECRETS OF THE MOON, LUNAR AURORA, PRIMORDIAL, EMPEROR

MIGHTIEST were bred in the heydays of the second wave of Black Metal in the early 90ies. Back when computers were used in offices and banks, churches were burnt and Black Metal was dangerous. Soon they became an important part of the German Black Metal Underground. After releasing their first demo in 1995 - which was highly acclaimed in the worldwide underground - they played their first glorious show in Bad Wörishofen together with the like-minded comrades of NORDLYS, LUNAR AURORA and NAGELFAR in 1997. Ask any of the members of the named bands or the audience attending this night of Supreme German Black Metal and you will understand why this concert became legendary.
Things got a bit calmer after that gig and a few line-up changes resulted in only the two guitarists and founders remaining. However after 1999's Promo EP “Eden's Fall” and the demo MIGHTIEST became a real band again. With the new drummer and vocalist the Demo “Whatever Ground We May Roam” was released in 2003. Again MIGHTIEST kicked bollocks in a serious Heavy Metal way and soon Germany's Heavy Horses Records released two songs of that demo as a Picture 7”. After more blistering live-appearances - together with Secrets Of The Moon amongst others – Cyclone Empire got word of this underground Metal-Gem and released the complete Discography of MIGHTIEST entitled “Bloodyssey” in 2008.
So now after 21 years in existence MIGHTIEST unleash their first full length assault “SinisTerra” upon humanity. An album that includes so much more darkness, heaviness, brutality and musicality than they ever created before. Better turn up your stereo and take a walk in this dark world...