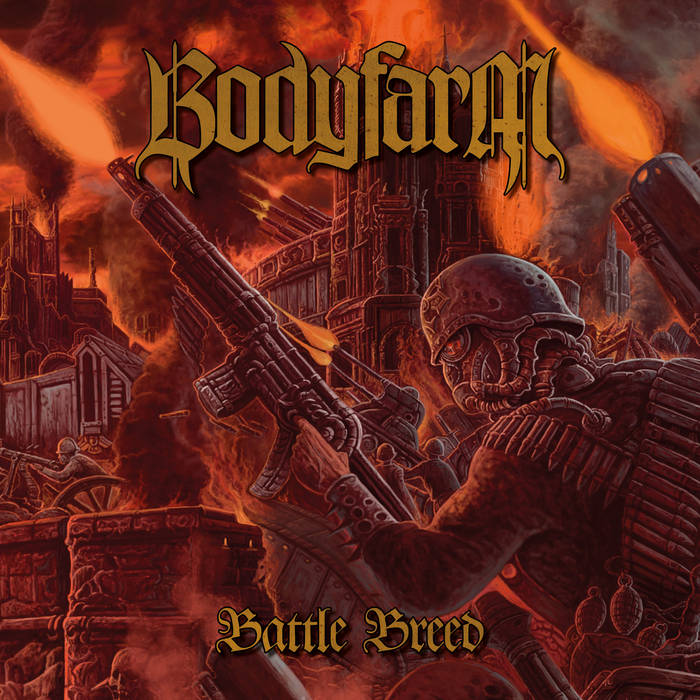 BODYFARM was founded in the late summer of 2009 by Quint Meerbeek (drums) and Thomas Wouters (guitars, vocals) with the intention to play quality Old School Death Metal with a mind of it's own. Their self titled EP (2010) received great response worldwide. The band released their debut album “Malevolence” in the summer of 2012 and the second album “The Coming Scourge” was released in September 2013 on CD and in September 2014 on vinyl via Cyclone Empire. The reactions from press and fans have always been great and the band is constantly increasing their fanbase. So far BODYFARM has built up a great live reputation in many different countries like The Netherlands, Ukraine and Germany by performing great shows on festivals like Extremefest, Neurotic Deathfest, Eindhoven Metal Meeting, Summer Breeze, Carpathian Alliance Festival and Dynamo Metal Fest!
BODYFARM will release their acclaimed third studio album “Battle Breed” on the 6th of November and are already confirmed for the next edition of Obscene Extreme, Protzen Open Air, Krachtstroom Festival, Hell Inside Club Torture and Eindhoven Metal Meeting.