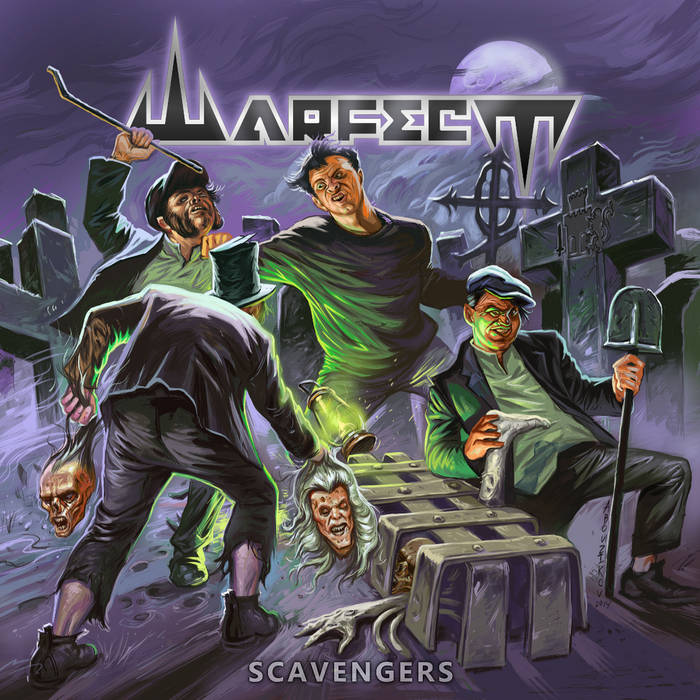 - The album was recorded by the band themselves and singer/guitar-player Fredrik Wester took all producing, mixing and mastering duties in AudioDome studios!

- The cover artwork was again done by Andrei Bouzikov, who already did covers/artworks for bands like MUNICIPAL WASTE, AUTOPSY, SKELETONWITCH, CANNABIS CORPSE or FUELED BY FIRE!

- The WARFECT-guys have played or still play in bands like LORD BELIAL, INCOMA or BESTIAL MOCKERY!

- The furious live band already toured in Europe with DEMONICAL and NUNSLAUGHTER, played at festivals like Obscene Extreme, In Flammen, Under The Black Sun or Metal Magic, and will be touring this May with VULCANO again throughout Europe!

WARFECT were founded 2003 in Uddevalla, Sweden under a different name. Debut album DEPICTING THE MACABRE was released in November 2009 through My Kingdom Music and second album EXONERATION DENIED was released in June 2013 through CYCLONE EMPIRE. Recently featured in loads of magazines like Legacy, Sweden Rock, Close-Up, Rock Hard or Rock Tribune amongst others, the band was the pick of the issue in US-American DOA Magazine #5 !
A music video for the track “Drone Wars” was released in August 2013 and another one for the track “Inflammatory” in July 2014. Also in July 2014 the band embarked on a 17 dates long European tour with NUNSLAUGHTER and DEMONICAL.
The 3rd album is now to be released in spring 2016 with a European tour with VULCANO to support it.