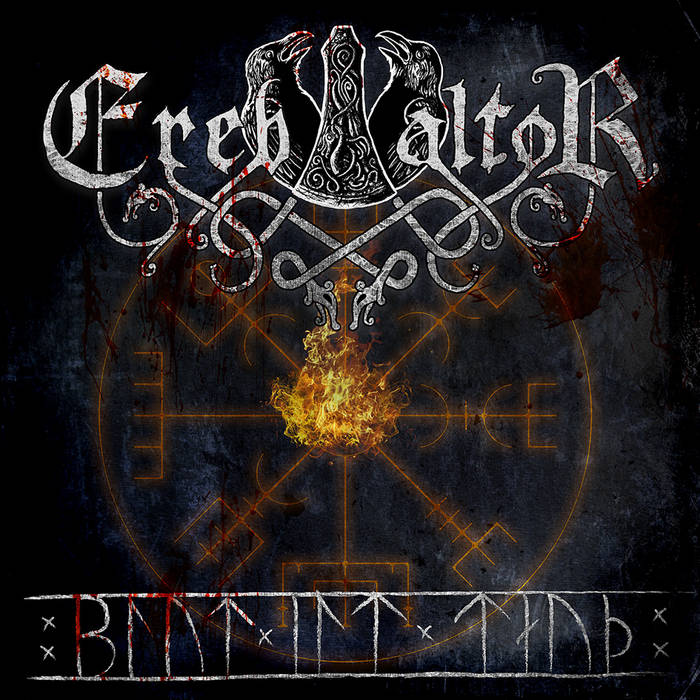 - Special Vinyl-only (and digital) release by those Gävle Vikings!
- Great BATHORY tribute album! EREB ALTOR honour Quorthon with all their heart and soul !
- ‘Blot - Ilt - Taut’ was mixed and mastered by Jonas Lindström at Studio Apocalypse!
- the cover artwork and layout was done by Robban Kanto who already did the debut ‘By Honour’, as well as ‘Fire Meets Ice’ and the layout for ‘Nattramn’
- EREB ALTOR played at festivals like SUMMER BREEZE, PARTY.SAN, DOOM SHALL RISE, UP THE HAMMERS or HAMMER OF DOOM and toured together with FORGOTTEN TOMB, BORKNAGAR, MÅNEGARM, CRUACHAN and ISOLE in Europe!
- Ragnar and Mats are also the mainmen behind Swedish Doom-masters ISOLE and formerly played in bands like WITHERED BEAUTY, FORLORN, WINDWALKER, THEORY IN PRACTICE or FEBRUARI 93!
- Drummer Tord also plays in JULIE LAUGHS NO MORE and UNDIVINE, and formerly was active with WITHERED BEAUTY and live-wise with DEMONICAL!

Every fan knowing about EREB ALTOR´s career is aware that they are by far not a BATHORY tribute or cover band, but Quorthon and his legendary band is one of the main influences and with tons of heart and soul EREB ALTOR transport this heritage to the present age!
Now EREB ALTOR choose to record 7 BATHORY classics for this special vinyl only release entitled “Blot - Ilt - Taut” (which is old Swedish and means nothing less than “Blood - Fire - Death”!!!), where they praise with reverence and much respect the mighty works of Tomas "Ace" Börje Forsberg who sadly passed away in 2004 much too early.
Here´s what Mats of EREB ALTOR wants to let you know about this special release:
“During the years of EREB ALTOR I have often been confronted with these words: ‘You should record some BATHORY hymns!’. And recently this has happened more frequently, perhaps due to the fact that we at some rare occasions have done a BATHORY song or two live. This has been haunting my mind. If we would do this, how should we do this?
There is only one answer to that question: WE WILL DO IT FROM THE HEART !!!
And for us it was also important to put our EREB ALTOR touch on these magnificent works of Quorthon. The classic albums that I grew up with are closer to my heart than the post “Twilight of the Gods” albums. So we decided to do only songs from the classic albums. So many great songs to choose from! Let’s make a full album while we’re at it. So it shall be done! Our next release “BLOT - ILT - TAUT” will contain seven Bathory hymns interpretated by EREB ALTOR.”