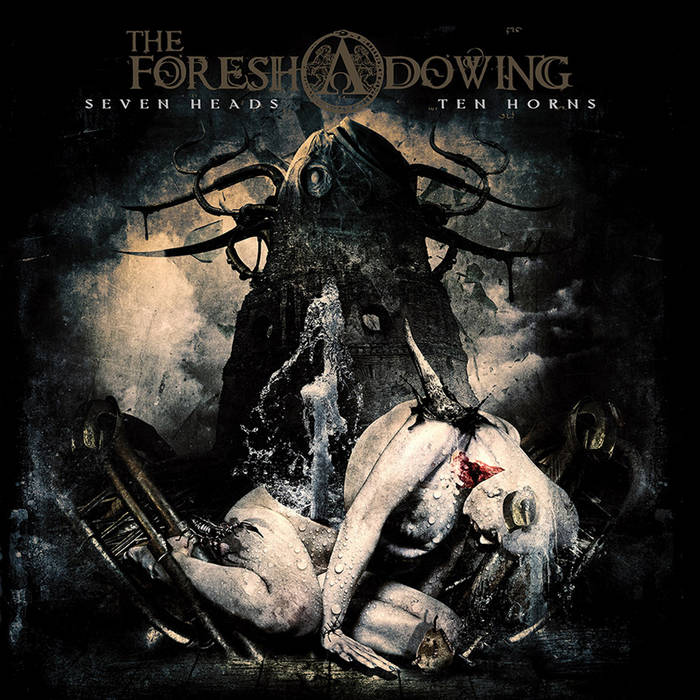 - Fourth album by Italian kings of Melancholia´n´Doom
- The CD comes in a beautiful designed 6-panel Digipak
- Mixed and mastered by Wieslawski Bros at Hertz Studio, Białystok, Poland
- The fantastic artwork is done by no one else than Seth Siro Anton (of SEPTIC FLESH), famous for his work for bands like PARADISE LOST, NILE, SOILWORK, VADER, MOONSPELL…
- First studio album with Giuseppe Orlando on drums (ex-NOVEMBRE)
- The band´s members are/were also involved in such bands as KLIMT 1918, SPIRITUAL FRONT, HOW LIKE A WINTER or GRIMNESS
- The band is known for their impressive and intense live shows, which many fans got to experience in the past years at festivals like SUMMER BREEZE, WAVE GOTIK TREFFEN, ROCK HARZ, METAL OVER MALTA or MASTER OF DOOM, or also at numerous single shows and on tour in Europe, USA, Canada with bands like MOONSPELL, MARDUK, SWALLOW THE SUN, ANTIMATTER, SATURNUS, THEATRES DES VAMPIRES.

Founded in 2005 by guitarist and mastermind Alessandro Pace, later joined by Andrea Chiodetti, Francesco Sosto, Jonah Padella, Marco Benevento and Francesco Giulianelli (bass player that joined the band in 2011) THE FORESHADOWING has gained a considerable place in the international doom gothic scene with its three albums released between 2007 and 2012.
The debut album "Days of Nothing" (Candlelight Records, 2007), the second act “Oionos” (Cyclone Empire 2010) and the third chapter “Second World” (Cyclone Empire 2012) were well-acclaimed worldwide, obtaining very positive feedback by critics and audience and brought the band to play in some of the most important Festivals in Europe like Summer Breeze, Rock Harz, Wave Gotik Treffen, Stoner Hand of Doom, Legacy, Mayday Rock Festival and Summer Darkness along with Lacuna Coil, Katatonia, Saturnus, October Tide, Fields of the Nephilim, Tiamat, My Dying Bride and many others.
Later, on January 2013 the drummer Giuseppe Orlando (former Novembre, Airlines of Terror) officially joined the band, replacing Jonah Padella who parted ways with the band for personal reasons.
After the North American release of “Oionos” and “Second World” through METAL BLADE Records USA the band joined the roster of the prestigious and groundbreaking agency ROCK THE NATION USA and toured the States and Canada in the “Voices from the Dark tour“ joining Moonspell, Marduk, Inquisition and Death Wolf and arousing interest and curiosity of the American audience. The live activity continued intensively in 2013 with the European "The Morning Never Came" tour with Swallow the Sun and Antimatter and an Italian tour with Saturnus, Doomraiser and Shores of Null.
This period of live performances will be followed by two years of silence, during which the band starts working on the material for the new album.
The new opus “Seven Heads Ten Horns”, produced and recorded by the band at Outer Sound Studios, will be released in April 2016. Mixed and mastered at Hertz Studio (Poland) by Sławek and Wojtek Wiesławski it contains the typical The Foreshadowing mood as well as some new epic and eerie elements that will bring you through an abyssal journey from the past to the future of human mankind! The album will be released in a 6-panel digipak and it will feature an amazing artwork by Seth Siro Anton (Septicflesh).