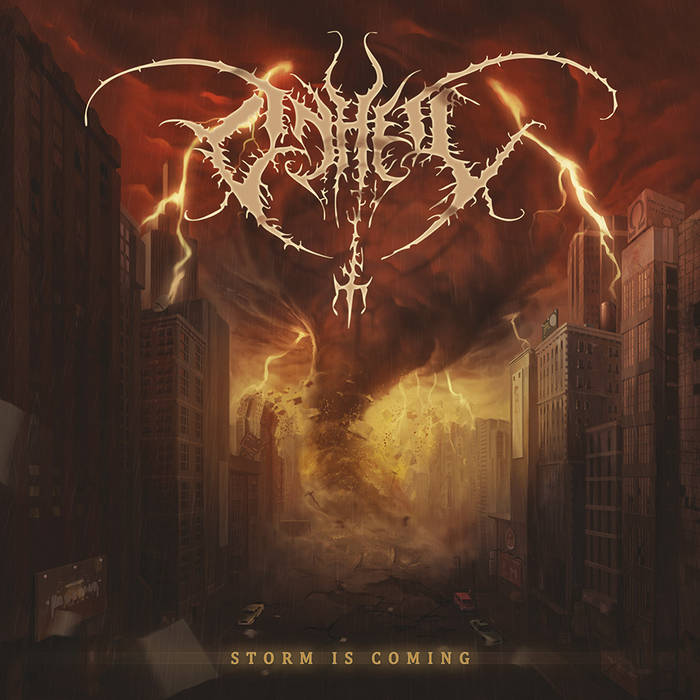 ONHEIL entered the metal scene in 1999 and released their first demo in that same year. With another demo in 2002, a Mini CD on a small underground label in 2003 and their rare but intense live shows the band grew their reputation in the underground. Unfortunately the band got into some line-up problems in 2004/2005.
It took the band untill 2007 to get up to full speed again, forming a new and steady line-up. The return was announced with a first music video and a wide range of live shows with bands like VADER, MAYHEM, ENTOMBED and BELPHEGOR. This caught the attention of German metal record label CYCLONE EMPIRE releasing ONHEIL's full-length album RAZOR in 2009.
RAZOR was received extremely well and getting high ratings by the media almost everywhere. With this succes ONHEIL was able to share the stage throughout Europe with CANNIBAL CORPSE, AUTOPSY, WATAIN, THE DEVILS BLOOD, ASPHYX, NAPALM DEATH, DYING FETUS, KRISIUN, ROTTING CHRIST, MELECHESH and appeared on festivals such as PARTY.SAN OPEN AIR, EXTREMEFEST(in 3 countries), METAL MEAN, GAHLEN MOSHT OPEN AIR, BRUTZ&BRAKEL FEST, OCCULTFEST and ZABBADUSCHER.